A House Through Time

When case manager Imogen Benneworth was approached to contribute to the historical research for TV documentary A House Through Time, she never envisaged the rich vein of stories she would uncover at 62 Falkner Street in the heart of Liverpool’s Georgian Quarter. In this article she talks about her involvement in the series, which traces the fortunes of the families who lived in one terrace house in Liverpool. 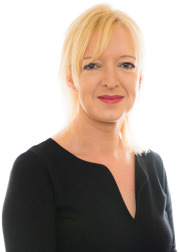 As someone who was brought up on Merseyside and who now works from Anglia Research’s north-west office in Southport, I have always been fascinated by the history of Liverpool, once considered the ‘second city of the British Empire’.

Liverpool’s growth parallels the rise of empire, maritime adventure, commerce and the transatlantic slave trade, now commemorated in the city’s International Slavery Museum. Its story is one of rapid economic growth and prosperity and then a slow decline to the nadir of the Toxteth Riots in the 1980s, followed by rebirth and regeneration. Today it is one of the top tourist attractions in the UK.

Liverpool’s history is very much reflected in the stories we discovered about one house in the city’s Georgian Quarter in the shadow of the imposing Anglican cathedral on Upper Duke Street.

At Anglia Research we have helped research a wide range of historical documentaries, but I especially enjoyed this project on my home turf.

For the past 12 months I have been helping TV production company Twenty Twenty with its research on 62 Falkner Street – the focus of a new BBC documentary called A House Through Time presented by historian David Olusoga, coincidently an alumnus of the University of Liverpool.

Twenty Twenty Television approached Anglia Research at the end of 2016 to see if we could help identify a street or a house around which they could build a historical documentary, looking at the lives of its inhabitants over the years.

I suggested looking at properties in Falkner Street which was built in the 1830s and first inhabited in the 1840s. It’s one of my favourite parts of Liverpool and reflects the rise, decline and regeneration of the city over the decades – from solid middle-class gentility in the 1840s to slum squalor in the post-war years, through to gentrification in the 1990s.

Twenty Twenty Television chose 62 Falkner Street in the heart of the city’s Georgian Quarter and asked me, along with other researchers, to look into the lives of the families who had lived there, from the first resident Richard Glenton, a clerk for HM Customs at Liverpool’s Custom House, to today’s current owner Gaynor Evans.

I spent a lot of time in the archives and family history section of Liverpool Central Library sifting through hundreds of records creating a timeline of all those who had lived in the house and then delving further into their lives. The research involved hours of trawling through documents, some of which are over 100 years old – when you are hoping to find one scrawled entry amongst thousands of entries you just need to keep looking.

At Anglia Research we have helped research a wide range of historical documentaries, but I especially enjoyed this project on my home turf. The work was fascinating. Tracing families is what we do on a daily basis, but this had an extra dimension to it because it gave me an opportunity to step into the lives and the stories of the people who called Liverpool their home.

You can watch the first episode of A House Through Time on BBC iPlayer here.