“And people think I have a safe office job” 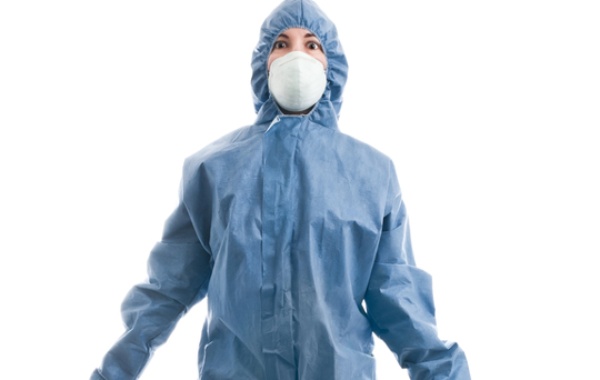 With over 35 years’ experience as a genealogist, local historian and archivist – and a string of qualifications to her name – you might expect to find Anglia Research’s Terry Bridger in the rarified atmosphere of a record office or, at the very least, safe at a desk in front of a computer. Not in a hazmat suit, hacking a path to someone’s front door with a pair of shears. In this article, she describes the gritty reality of a probate researcher’s work. 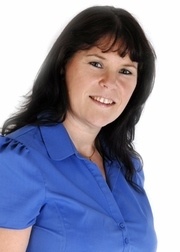 I remember one highly contentious case that involved a confusion about the roles of the former owner and tenant, an elderly and reclusive gay couple. The misunderstanding meant that the tenant continued to live in the property for several years after his partner’s death and following his demise his family discovered at the eleventh hour that the property was actually not theirs to inherit and sell. The keys were handed over and everything left as it was whilst the legal battle over ownership dragged on.

The property was already severely neglected when the elderly tenant died. The lawyers of the two former partners had argued for almost a decade after the second death, allowing the property to decline still further. Two local estate agents caught in the fray thought it was unmortgageable due to the lack of kitchen and bathroom, which had both long started to collapse.

My task was to find evidence that might substantiate family ties. I arrived at the property accompanied by the nervous young negotiator from a local estate agency, who held the keys. It was in an appalling state and reeked of neglect and decay. 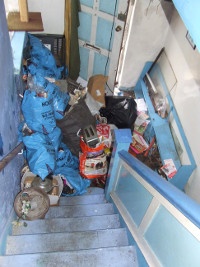 Downstairs was reasonably accessible with the aid of some innovative athletics, except the collapsed kitchen which we could only look at from the doorway, but the stairs and part of the hallway were blocked by numerous stacked bags. It was clear that some of these needed to be moved to gain further access, which we undertook with the aid of gloves and face masks as there was evidence of rodent infestation.

Venturing upstairs we located some boxes of documentation and started examining the contents only to be stopped in our tracks by an increasingly strong smell emanating from below. Heading back down, we tracked the source to the understairs cupboard and with some trepidation we mined through and prised open the door. The smell not only became overpowering, but was clearly identifiable as gas.

Thankful that we hadn’t tried the electrics, and neither of us were smokers, we hastily exited and contacted the emergency gas number. Subsequent tests suggested that the leak could have demolished the house if there had been a spark.

And people think I have a safe office job! Well it’s certainly not mundane.

Another case that is permanently imprinted on my memory is the first time I had to deal with the fallout following a suicide.

When I was asked to search the deceased’s home and office for information about possible relatives, I was warned that the house hadn’t been inhabited for some time and advised to wear full hazmat protection.

Not having dealt with such an extreme case before, I was still at the naive stage of wondering how problematic it could really be. 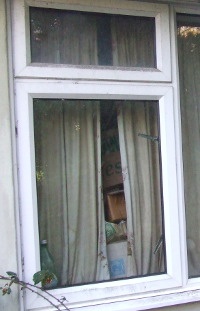 His bungalow was badly overgrown and stood out like a sore thumb from its neat suburban street. With shears, I was able to cut a narrow path through the vegetation to the front door but, although I had keys, I couldn’t gain access. The door had seized up and all I could see through the narrow gap was a dark, dank interior, with black bin liners and furniture stacked to the ceiling plus signs of rodent and assorted insect infestation.

The deceased was a hoarder in the truest sense of the word.

Using heftier cutting equipment to gain access to the back door, I soon realised that was not a viable option either. Looking over piles of garden waste, through the cracks in the blankets that had been draped across the inside of all the windows and held in place by mounds of internal detritus, it was clear that entering the house would be foolish at best and highly likely to be dangerous.

The deceased had abandoned this property some time before his death, so I moved onto his office anticipating that it would be somewhat more accessible as it was a rented space in a managed complex.

As we passed down the corridor I was shown precisely where the deceased had taken his life, a rather unnerving experience.

The office was as full as the house, but less compromised by infestation and decay. Copious amounts of paperwork, boxes and business stock were piled in all directions.

Looking about, wondering where on earth to start, I was struck by the little oasis where a chair, coffee mug and laptop sat amidst all this chaos. As I moved the computer mouse, the machine sprang back into life as if the deceased had just left the room for a moment’s break. Beside it were his keys and, under a pile of unpaid bills, his driving licence and some recent photos.

That is when the human element of my job, of this man and his unhappy life, hit me like a train. His face looked back at me from his driving licence. He was not an old man, and did not look as dishevelled as the image I had in my head. He had had friends and happier times. For a fleeting moment I let my guard down and saw the deceased as more than just a name on a case file. I looked at the mountains of debris around me and glanced up at the place where he had taken his life. It took some considerable effort to blank it out again. It was a hard lesson in professionalism and a moment of learning that is forever and indelibly imprinted on me.