The risks and rewards of a low value case 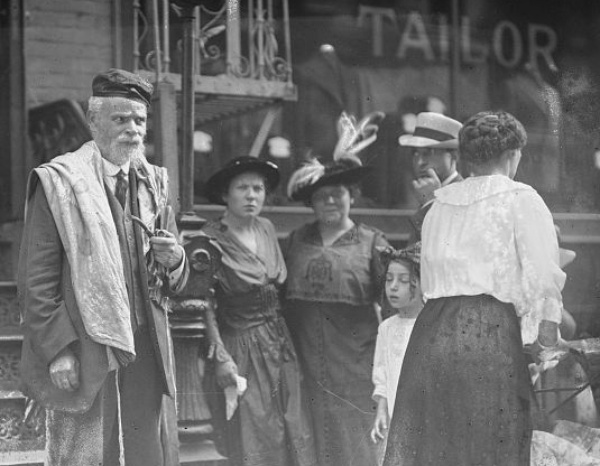 More than two and a half million Jews fled Russia between 1881 and 1914. Many of the records that documented their lives in the Pale of Settlement have been destroyed by pogroms, revolution and war. This makes researching Russian-Jewish ancestry a daunting task, and one that some probate research companies shy away from. In this article, Hannah Cutts discusses a risky case that remained on the bona vacantia list for seven years.

Anna Blackwell was a woman who lived life to the full. The daughter of Russian-Jewish émigrés, she became an actress, playing alongside Michael Caine in the 1970s, and was later a restaurateur. Anna married four times but had no children. She was a widow when she died intestate.

The care home where she died kept a box of her photos, diaries and letters for seven years, in the hope that a family member would come forward. So as well as an inheritance, there was a treasure trove of family history waiting for her next of kin.

Sadly, this was a story of strong family ties over-stretched by distance. Anna’s nieces and nephews had fond memories of her, but they were scattered across four different countries and had lost touch with their aunt. They were certainly not aware that, by the laws of intestacy, they were her beneficiaries.

Anna’s estate was very modest. It first appeared on the bona vacantia list in the days when approximate values were still given. I suspect that many probate research companies blanched when they ordered her death certificate, on which her birth name, Anna Markovich, was noted.

This was a case that could easily track back to 19th century Russia, that would probably involve names with a huge number of possible variant spellings, and that was likely to cost more to solve than the finder’s fee it generated.

Anna’s estate had been on the bona vacantia list for seven years when Anglia Research picked it up. We have overseas agents with an excellent grasp of what records survive in the Pale of Settlement, so we were confident that if we required any documents they would quickly let us know if they were available.

The late 19th century was a time of mass exodus from Russia. Hard on the heels of the assassination of the Czar came the notorious May Laws and a series of pogroms.

It was against this background of persecution that Anna’s parents moved to Britain shortly after their marriage at the turn of the century. By then, Spitalfields in East London was home to a large Jewish population and it was there that they settled. Her father became a bespoke tailor and, like many other Jewish émigrés, soon anglicised his name from Markovich to Marks.

As it turned out, very little Russian research was required. Anna’s five siblings were all born in Britain. Nevertheless, finding their birth certificates was a painstaking process. I had to consider every possible Russian and anglicised variant of both parents’ names to be sure I gathered them all.

Probate research is a risky business. When researching a bona vacantia case companies invest time and money seeking to solve it – with no guarantee that they will find the records they need to prove a beneficiary’s claim.

For Anglia Research, a key consideration is that although the value of an estate may influence whether or not we take it on, it has little effect on how we work. We don’t down tools once we’ve found our first beneficiary. Whatever the value of an estate, it has to be legally and fairly distributed, so we always endeavour to find every beneficiary – and that can involve a lot of time-consuming and costly work.

Bona vacantia cases are a collaboration between case managers, who strive to work with speed and accuracy, and management who assess and balance risk with common sense. At Anglia Research we collaborate well because our managing director is a genealogist of 35 years’ standing. He knows the risks. We take them when we can.

Fortunately, Anna’s family tree became easier to piece together as I traced her siblings forward through marriage and death certificates. And once I made contact with the next generation I could put together a case to claim the estate back from the Treasury Solicitor.

Anna’s beneficiaries were scattered across Britain, Israel, the USA and France. Those that were old enough remembered her fondly as the aunt everyone would go to when their hearts had been broken or they were in difficulties. The care home was delighted to pass on her precious mementos, so now both her estate and her letters, diaries and photos are with the people who have a connection with her. I still chat regularly on the phone with one of her cousins, now in her late 80s.

It was a risky and difficult case, involving painstaking research and fact-checking, but it was well worth doing. After all, if we hadn’t taken it on, Anna’s family would have nothing to remember her by.