Top fundraisers flip it for charity 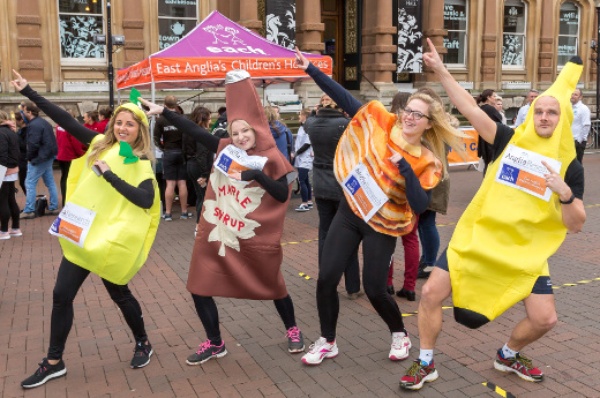 A team from Anglia Research raised funds for the East Anglia Children’s Hospice (EACH), by entering the Flip It challenge at the Cornhill in Ipswich town centre. The team – dressed as pancakes and toppings – competed against other fundraisers in a series of pancake-flipping relay races.

Office manager Emma Porter dressed as a bottle of maple syrup, while her colleagues, case managers Hannah Cooper and Matt Boardman, dressed as a stack of pancakes and a banana, and marketing executive Emma Hinds dressed as a lemon.

“We hoped to have a bit of fun and raise some money for a fantastic local charity,” Emma Porter explained.

“EACH supports families and cares for children and young people with life-threatening conditions right across the area our colleagues work in. We’re proud to support their great work as they help families in their own homes, at hospital, in the community or at one of their three hospices in Ipswich, Milton and Quidenham.”

Hannah Cooper added: “We didn’t win but we did finish – and we won a prize for the most money raised!” 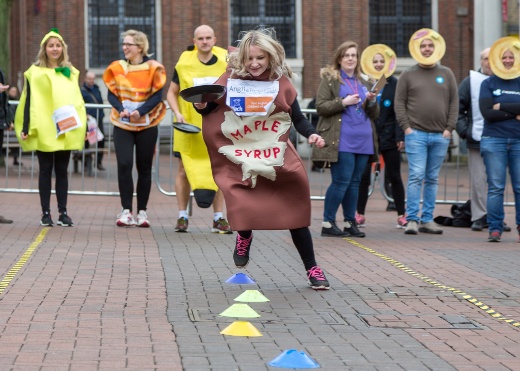