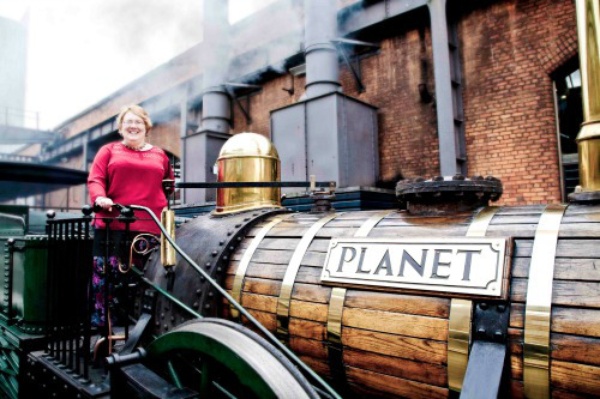 Dr Di Drummond is Reader in Modern History at Leeds Trinity University and a leading expert on Britain’s railway history. In this interview she discusses her most recent book, Tracing your Railway Ancestors: A Guide for Family Historians.

Genealogists and social historians, such as myself, have the same interest – people and their stories!

It was social history – and, in particular, railway history – that led Di Drummond to genealogy.

“I’ve researched railway workers for a long time!” she says. “I started researching jobs and skills in Crewe railway works during the nineteenth and early twentieth centuries for my PhD in 1986.

“I have done so much research on individual railway workers that I thought it would be useful to write a guide for people who want to find out more about their own railway ancestors.”

She knew that there was a market for a book on railway family history: in the 1870s a quarter of a million people worked on the railways – a figure that rose to half a million by 1948.

“Working on the railway was a very common experience both in Britain and across the world,” she observes. “It is amazing how frequently a railway ancestor pops up in family histories.”

However, while many books on genealogy confine themselves to discussing the available records, the first two sections of Tracing your Railway Ancestors focus on the historical background, placing railway workers in the context of a rapidly changing industry.

Part 1 traces Britain’s railway history from the wagon ways that preceded the industrial revolution, through the development of the steam engine and the railway network, and on, via two world wars, to nationalisation, the Beeching era and privatisation in 1994. 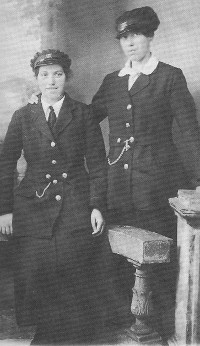 In Part 2 the focus turns to the workforce – staggering in its size and the diversity of trades it encompassed. Here you’ll meet engine drivers and navvies, plate layers, blockmen, pointsmen, booking clerks, stationmasters, porters and waitingroom attendants, as well as the people who built and maintained locomotives and all the other paraphernalia of a transport network.

“Finding out that your grandfather was a ‘shunter’ or a signalman is just the beginning,” Di explains.

“You want to know what they did, how their job changed over the years they worked, what it was like to be a ‘railwayman’ or even a ‘railway family’. That was my aim in writing this section of the book.”

Part 3 introduces the wealth of resources available to someone researching their railway ancestry, almost 100 pages of detailed information about what is available, including parliamentary and trade-union records, newspapers, magazines and journals – and most importantly, the British Railway Company Archives at The National Archives.

It’s these last records that make railway history so distinctive in its accessibility.

“While the big banks and other major employers of the Victorian period held similar records about their staff, these are often not publicly available,” Di notes.

“Because Britain’s railway companies became part of British Railways, a government enterprise after 1948, most of the documents of the various railway companies of the Victorian period and beyond became part of the collection at The National Archives, and are open to all, although there is a ‘thirty-year rule’ on these so that you can only see records that date to before 1984.”

“Many railway companies right up to nationalisation in 1948 had employee records for every individual that worked for them.”

“Once you have built up information and confidence you can venture into places like The National Archives which might be some distance away from where you live. Most archives have excellent online catalogues and guides. You can order the documents you want to look at before going, saving time and money as a result.” 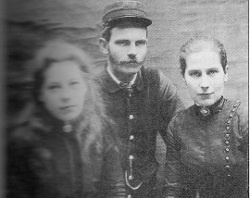 A railwayman of the North Eastern Railway, with his wife and daughter (Di Drummond Collection)

Di points out that while the originals are kept at The National Archives, many railway company staff records are now in databases and can be accessed online via websites such as ancestry.co.uk. In some places, such as Cheshire, railway worker databases are available in the local county record offices.

“Employee records provide snapshots of someone’s career,” she says, “including where they worked, their jobs, promotions and, sometimes, demotions – even unfortunate information like accidents they suffered and their death.

“It has to be said that if your ancestor had an accident while constructing or working on a rail line you will find out more about them than if they hadn’t!

“Very bad accidents, resulting in deaths of railwaymen or passengers, will be featured in national and local newspapers. Local newspapers also provided obituaries, including names of family and friends who attended the funeral, together with organisations that the person belonged to like churches, chapels and trade unions. All this helps you to know more about your ancestor’s life than just the title of their job on the railway.”

Tracing your Railway Ancestors provides a comprehensive history of an industry and its workforce, and a thorough discussion of the resources available to family historians. To follow it up, Di is looking overseas.

“I am really interested in British railway workers’ experiences abroad,” she says. “I have met men in Crewe who trained at the Works and then went overseas, employed on railways in places like Sierra Leone and the coalfield railways to the north of Calcutta in India. Recently I had an email from someone in Argentina whose ancestors moved from Crewe to work on the railways there in about 1910, when there was a good deal of unemployment in the railway industry throughout Britain.”

As a result, she’s working on a book called Railways and the British Imperial Imagination, 1840-1950, illustrated with photographs and maps to show how railways transformed various parts of the Empire from being distant, out-of-the-way places, to being key centres of British power.

“Broadly, it’s about what the railways did and what they symbolised,” she says, “how they remade British people’s vision of the Empire and of home – it will be very much about the romance of the railway.”

You can purchase a copy of Tracing your Railway Ancestors from Pen & Sword Books and other online retailers, or order it from your local bookshop. “Living in a Railway Town”, a podcast by Di Drummond, is available on The National Archives website.