When children are separated from their birth parents and siblings at a very early age, questions remain – fundamental, painful questions such as “what happened?” and “why me?” As the decades pass, these become questions that only a brother or sister can answer. In this article, regional head Mike Lowe reports on a case where a brother and sister were reunited after more than 50 years and unanswered questions finally found a resolution. 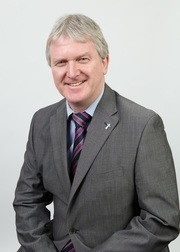 My search for the beneficiaries of Michael Thomas Nolan led me first to one of his nephews, who was able to tell me that Michael had been married to a lady named Margaret and had had children.

Unfortunately, the nephew didn’t know what had become of them, but by searching for a Margaret marrying a Michael Nolan, I identified four possible children: a daughter and three sons, all born in Preston, Lancashire.

When I contacted the eldest child, Celia, she confirmed her father’s identity and I had to inform her that he had died. Naturally, she needed time to think and ended the call.

Whenever we contact a possible beneficiary, a close blood relative of the deceased, we are aware that we may revive disturbing memories. People lose touch for all sorts of reasons, but often something troubling has caused a breakdown in the relationship.

A week later Celia rang me back and invited me to her home as she wanted to explain the situation. She told me that her parents had four children within the space of five years. Her father had a problem with alcohol and, after the birth of the fourth child, her mother was ill and had to spend two months in hospital. During this time the children were looked after by their grandmother.

Without the mother’s consent

That was 1960 and Celia had not seen her two brothers since. Her parents separated and she and her youngest brother were brought up by their mother.

She told me that she had always wanted to find her missing brothers as she suspected that they had never been told why they were not brought up by their birth parents. She wanted them to know the truth. She did not, however, know how to go about finding them and had no clue as to where they might be. She said that finding her brothers would mean more to her than any money left by her late father.

Finding the two missing brothers promised to be a daunting task. There were no adoption or deed poll records for the pair, and yet it was clear that their names must have been changed. To track them down, I was going to have to rely on a combination of perseverance, lateral thinking and good old fashioned logic – not to mention the flexibility of our in-house databases.

Working on the basis that the two brothers were likely to have been kept together, I focussed on looking for people named Michael and James with the right age gap and the same surname. Eventually, I found a likely match in Michael and James Rigby, both living in the same Yorkshire town.

But was Rigby their birth name? Checking the birth index, I could find no trace of them.

I was hopeful that I had found the missing Nolans, but I couldn’t be certain. So far, I had simply found two men living under a surname that differed from their birth name. Although their first names and dates of birth were the same as the Nolans I was looking for, the only way I could confirm they were the correct brothers was to contact them.

I telephoned Michael and explained that I thought he was a person I was looking for in connection with a gentleman who had died intestate. Michael confirmed that he had been born in Preston and knew his birth name. He and his brother had not been adopted, but had had their surname changed to that of their foster parents.

Coming out of the blue as it did, my call was obviously something he needed time to think about so he asked me to phone back in a little while. I suspect that he made a quick call to his brother James.

When I called back, Michael was keen to learn about his birth family, but I couldn’t answer all his questions because of data protection issues.

In this instance, it was not simply a case of relatives who had lost contact with each other over the years, but a forced family separation for reasons that half of them did not know and might not understand. I therefore did not disclose any details to Michael other than mentioning (with Celia’s consent) that he had an older sister and a younger brother. Even this surprised him as he had thought that he was the oldest in the family.

Celia then wrote a letter which I forwarded to Michael. He responded and they established contact, exchanged photographs and spoke to one another on the telephone. After a couple of months they met and have stayed in touch ever since.

Many people we encounter in the course of our work say that learning about their family is more important than any money they may inherit. This was certainly true in the Nolan case. For Michael and Celia to be reunited and share the truth about what had happened to them more than 50 years ago was something special for them – and also for me, having played a part in making it happen.