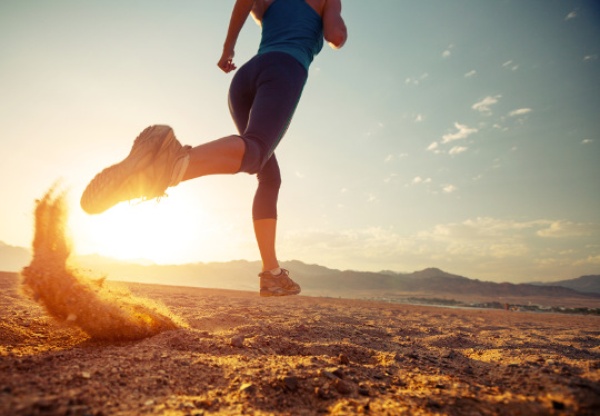 Young lady running in the desert at sunset

Over two years ago we sponsored Yorkshire Rows, the four-woman team who went on to complete the Talisker Whisky Atlantic Challenge, becoming the oldest female crew to row any ocean and authoring a bestselling book about their journey. In this interview we catch up with team member and private client solicitor Frances Davies to find out more about her Atlantic adventure and see what she plans to do next.

Whales, flying fish, a broken rudder and a three-day hurricane, sunrises and star-filled skies, camaraderie and blisters – memories of her 67 days at sea come back to Frances Davies at odd moments.

“It’s amazing the capacity of the human mind to create memories,” she says. “We created so many, although to be honest the most vivid memory of the voyage that I have now is of the finish, when we arrived in Antigua. It was such a monumental moment: just to be safe and see my family again. More than anything, I felt a sense of relief. It took a few days for the sense of achievement to set in.”

There are more Everest climbers and astronauts than there are Atlantic rowers, so adventures don’t come much more extreme than this. Was the Talisker Challenge life-changing?

“There are things that we all know we should do, like live in the moment and think positively,” says Frances, “but they can be hard to put into practice.”

“Being on a small rowing boat mid Atlantic gives you some powerful lessons in appreciating life, so nowadays I try to remember to live in the moment. This is all we’ve got. When I need to do something I don’t really want to do, I try to approach it as if it was something really great to look forward to.

“I’ve certainly thrown off the gloomy Sunday night feeling that I used to sometimes get before we crossed the Atlantic.”

While they were at sea, Yorkshire Rows followed a gruelling two-hour schedule. For nine weeks they rowed, ate, slept and rowed again. It’s not a timetable that Frances misses. However, she does miss the simplicity of life on the ocean.

“This morning I had the chance to stay in bed for another half-hour and I just lay there enjoying being awake looking at the clock. On the Atlantic we didn’t have the luxury of choice. There was no choice between tea or coffee because we just drank water. We didn’t have to think about what to wear or when we went to bed. Almost all our decisions were removed and it wasn’t at all boring, just easier and simpler.”

Four Mums in a Boat

This stripped-down life became a lot more complicated when the team disembarked to a whirlwind of media interviews, speaking engagements and a book contract. Four Mums in a Boat was published in March 2017 and rapidly became a bestseller, with the film rights being bought by Archery Pictures.

The four are still friends, although Frances admits: “Our friendship has been tested a bit.”

Amazingly, it wasn’t crossing the Atlantic, but writing the book together that put their relationship under strain.

“On the boat our interests were aligned: we wanted to stay friends and arrive safely,” Frances explains. “Writing the book meant creating a permanent record in the public domain. It was a lovely taste of the world of publishing but we had some high tension moments writing it. We wanted to be as honest as possible, which was hard since we had four different standpoints.”

So what’s next? Having completed the world’s toughest row, Frances has signed up for the earth’s toughest footrace – the Marathon des Sables, six days and 156 miles under the merciless Saharan sun.

Proof that the Yorkshire Rows spirit remains intact is provided by teammate Niki Doeg, who will be joining Frances in the marathon. “We’ll be participating simply as friends, rather than as a team,” explains Frances, “and we’ll both be raising money for the charity Maggie’s.”

Although there’s a lot of training to get through before they reach the starting line, both women have certainly already demonstrated their credentials to take part in what’s popularly billed as “an extraordinary race for extraordinary people”.