All in a name 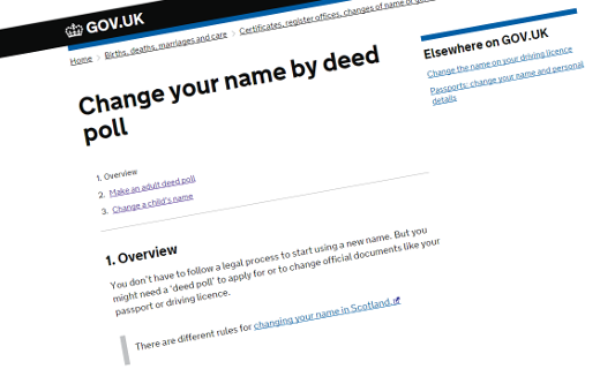 People change their names for a wide variety of reasons – to avoid discrimination, to escape domestic abuse, to make a clean break from their past. While their motivations are very often practical, they can occasionally be whimsical (as a great many Wayne Rooneys, Amy Winehouses and Michael Jacksons can confirm). But, if someone changes their name and subsequently dies intestate, they may have made it very difficult for anyone to trace their next of kin: the names on their birth certificate and death certificate don’t match. In this article, case manager and former police inspector Graham Underwood discusses the tools and strategies he uses when a birth certificate proves hard to find, and describes a particularly difficult bona vacantia case that involved a change of name.

The initial procedure followed by any probate researcher is to track back from an intestate’s death certificate to their birth certificate, then further back to their parents and outwards to their siblings in the expectation that any surviving blood relatives will be able to provide clues about whether the deceased married or had children.

But what happens when you can’t find that first elusive birth certificate?

Broadly speaking, the main avenues we follow are to search adoption and immigration records, check central deed poll enrolment, as well as testing a range of spelling variations.

If these strategies fail to push the case forward, we will go back and search more exhaustively for the birth certificate. All manner of combinations and spellings of names are considered. We explore the possibility that the birth may have been registered in the mother’s name or simply conduct a more detailed examination of indexes to ensure transcription mistakes haven’t been made.

The case of William James

The William James case combined a number of challenges: a name change, an illegitimacy and a great many beneficiaries scattered around the world. Realistically, it could only be solved by a company with the resources to cast its net widely and the expertise necessary to focus in on the right target.

This was a case where the initial breakthrough came from a Freedom of Information request which provided new information about the deceased’s birth name.

The case was advertised on the bona vacantia list before I joined Anglia Research. When my colleagues were unable to find a birth for the deceased, they sent a FOI request to the Treasury Solicitor’s Department. This resulted in the information (not previously given) that the deceased was born William James Jackson and later amended his name simply by dropping Jackson and using James as his surname.

William James Jackson was illegitimate, born in the 1920s. Identifying his mother took a great deal of effort, but although her origins were established and relatives identified, the maternal side died out. This meant that our only option was to take a closer look at the father, Arthur Jackson, who (unusually for the time) was named on the birth certificate.

Following some intense research a likely candidate emerged. The Arthur Jackson we identified was married and had two daughters in their teens at the time of William’s birth. Both these daughters predeceased William and neither had any children. It seems unlikely that they even knew of his existence.

Despite strong indications that we were focussing on the correct Arthur Jackson, the evidence we had was circumstantial and at times contradictory. When William married in the 1940s he was still using the Jackson surname. However, there were no Jackson names listed as witnesses on his marriage certificate and although William named his father he described him as ‘Arthur Jackson, deceased’. This wasn’t very helpful, as the man we suspected was his father was still alive at the time of the marriage.

In the hunt for a record that clearly linked the two men, my colleagues considered the possibility that Arthur Jackson might have made provision for his illegitimate son in his will.

Unfortunately, this was not the case. Nevertheless, the will provided the breakthrough we needed. Obviously Arthur had signed it, and he had also signed William’s birth certificate at the register office, albeit some 30 years earlier. The signature on the will exactly matched the signature on the birth certificate, proving that William’s birth father was the same Arthur Jackson who had signed the will. 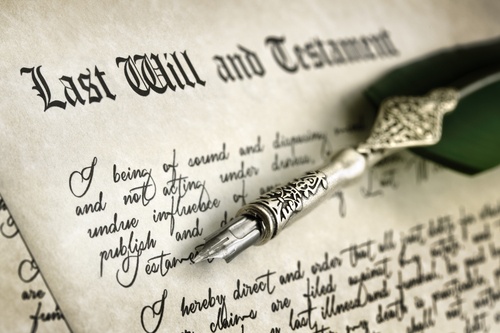 Arthur Jackson never mentioned his illegitimate son in his will, but the match between his signature on the will and his signature on William’s birth certificate helped to get the claim admitted.

Because the case involved both a name change and an illegitimate birth, tracing the beneficiaries and gathering the evidence necessary to prove their claim was a painstaking task.

William’s parents were never married, so we couldn’t track back to their birth certificates from the ages given on a marriage certificate. However, after extensive research, including electoral roll searches and making enquiries with neighbours of the deceased, the birth and death certificates of William’s father and mother were found and, as a result, the wider families were identified.

By this point I had joined the company, so I took on the challenge of tracking the descendants of William’s paternal uncles and aunts.

His father had 11 siblings, two of whom had emigrated to Canada, one to Argentina and another to Australia. Ultimately, 34 beneficiaries shared the estate.

From initial research to finding all the relatives, the case took something like four and a half years. Not all intestacies where someone has changed their name are as difficult or as long-drawn-out as this one. Often, once you uncover the deceased’s original name, research becomes straightforward.

But the William James case combined a number of challenges: a name change, an illegitimacy and a great many beneficiaries scattered around the world. Realistically, it could only be solved by a company with the resources to cast its net widely and the expertise necessary to focus in on the right target.

The case drew on a particularly wide range of specialisms within the company – from experts at searching different datasets to interviewers on the ground and agents across the globe. Cases like this are among the most challenging, but they are the ones that everyone in the company remembers.