An interview with our Caribbean probate research team 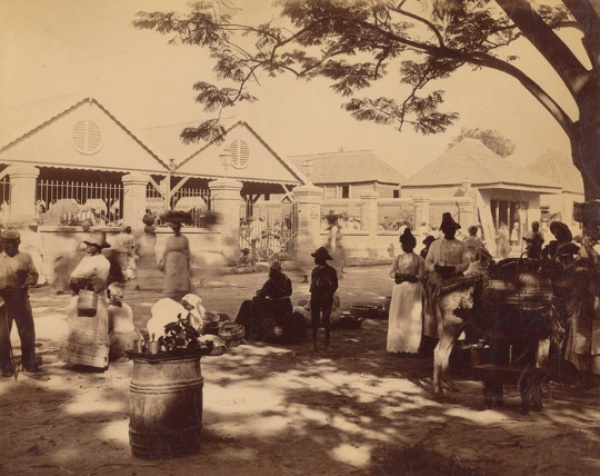 Dr Lisa Hill, based in the UK, and Kadean Vendryes, based in Jamaica, work together to find beneficiaries when members of the Caribbean diaspora die intestate in the UK. In this interview they discuss the challenge of West Indian genealogy and describe some of the Caribbean probate research cases that they’ve tackled together.

In the 2011 census of England and Wales, just over a million people specified their ethnicity as either Caribbean or including a Caribbean strand. Although some of these people’s forebears were early pioneers, most came to the UK during the late 1940s to the late 1960s.

Known as the Windrush generation, they represent a fraction of the estimated five million people who emigrated from the Caribbean in the second half of the twentieth century.

“Kadean and I piece together families that have been caught up in the Caribbean diaspora,” explains Dr Lisa Hill.

“These families can be widely scattered. For example, when someone from, say, Barbados dies intestate in the UK, tracking down their beneficiaries can lead us back to Barbados, and then outwards again, to relatives in Panama, the US, Canada, or another Caribbean island.

Many of the records needed to establish family relationships or locate next of kin are not available online. You really need to have a locally-based researcher with a solid knowledge of the region’s archives and history – someone on the ground, who can talk directly to the friends, neighbours and relatives of the person you’re looking for.

That’s where Kadean Vendryes comes in.

A justice of the peace, former banker with land and business law qualifications, and a member of numerous Jamaican associations and societies, Kadean is strongly embedded in her community and has a wide network of contacts across the Caribbean.

She was already a keen amateur family historian when she started working for Anglia Research several years ago, after her interview and induction with managing director Peter Turvey.

“Our different backgrounds and experience mean that we complement each other,” says Lisa. Originally from California, Lisa taught at the University of Essex for five years before joining Anglia Research in 2007.

“My interest in teaching, as well as learning new things myself, meant that when Kadean joined us I welcomed the opportunity to train her to be a case manager.

“I started by introducing her to the genealogical methods that we use on British cases. Then we explored the ways in which research in Jamaica is different. At this point, Kadean really came into her own.

It is hard to overstate the importance of working with someone who has cultural knowledge. Kadean is not only familiar with the geography of Jamaica, she is able to explain the difference in ethnic makeup of certain far-flung communities. Jamaica is a relatively small island compared to the UK, and yet it contains a diversity of cultures, ethnicities and religious groups which Kadean is able to navigate with ease.

When you trace a family in the UK, there is a typical pattern to follow: births generally come after marriages, and the births of children of married parents are registered routinely with their fathers’ names.

However, as Kadean explains, this pattern cannot be relied upon in Jamaica, where the registration process and its requirements differ significantly from those of England and Wales.

“My own experience of genealogical research had already shown me that things weren’t straightforward,” she says.

“Years ago, when I tried to locate my mother’s birth certificate, I discovered that her birth had been registered under a different year and date. To find the birth entry, I had to go beyond the records of the Island Record Office, and search through other specialist archives.”

Now fully trained and a veteran of many cases, Kadean enjoys making sure that beneficiaries get the inheritance to which they are entitled.

“While it’s not unusual for family members to know that their relative in the UK has passed away, they often don’t know that the deceased has left assets to which they are entitled,” she says.

“They also don’t know how to go about claiming these assets back from the British government.

This is where Lisa and I add a lot of value. Even a low value estate that wouldn’t seem particularly significant to someone in the UK, may be enough to buy a good second-hand car in Jamaica. 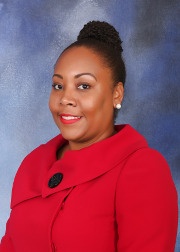 At the beginning of each new case, Lisa does as much initial research as possible in the UK and then sends the case to me.

One of the first cases we completed is that of Millicent Thompson.

Lisa traced Millicent’s maternal and paternal cousins in Trinidad, Jamaica, Canada and the United States. The difficulty was that none of them remembered the deceased. Lisa knew that her research was correct: she had the documentation to prove it but she was unable to locate or eliminate closer relatives, so she asked me to investigate.

I went to the Island Record Office and discovered that Millicent had a sister. After I rang Lisa with the information, she was able to find the sister’s address using a specialist Jamaican database at Anglia Research.

Lisa wrote immediately to the deceased’s sister Ms Daley. The address was in Kingston, and a few days later I drove past the property to see if it was occupied. It was a care home and I spoke with the property’s caretaker who brought me in to meet Ms Daley.

The caretaker told me that she had received the letter, but put it aside as she thought it was a scam. She was delighted to realise that the letter was actually not a scam and quickly took it out. The marvellous story of Ms Daley’s recent dream was also shared with me.

Ms Daley had told the caretaker that her sister Millicent had visited her in ‘clear dream’. The caretaker was truly amazed.

My first visit, and confirmation of her inheritance from Millicent’s estate, was like a fantastic dream coming true for Ms Daley, which brought renewed life, energy and enthusiasm. She knew from the beginning what she wanted to do with the money from her sister: throw a party for the people who look after her in her care home. 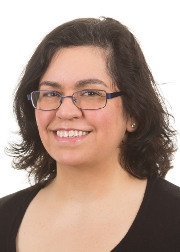 In another of our cases, we solved the mystery of what happened to James Lawrence.

James had left Jamaica and come to England to study medicine but his studies were interrupted by the Great Depression of the 1930s.

I spoke to James’ nephew who said that the family didn’t hear from James after he was told that there was no money left to fund his studies.

We knew from his marriage certificate that he became a painter and decorator after the war. In the 1950s, James’ sister came to England with her husband, who trained as a barrister at Lincoln’s Inn. She looked James up in the phone book, and told the man who answered that she would be sitting on a certain bench in a park near Lincoln’s Inn Fields.

She saw James walk across the park but he didn’t approach her. It was the last time anyone in the family saw or heard from him.

His nephew thanked me for solving this mystery. They often wondered what had become of James and if they would ever know. Unfortunately, James’ brothers and sister had died before him and never discovered what had happened to their brother.