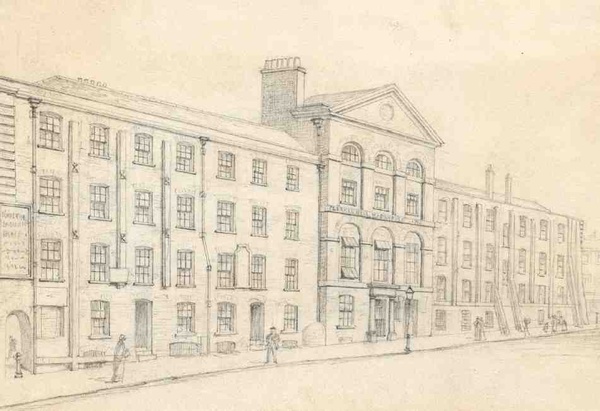 It’s one thing to pick up Oliver Twist, written in the 1830s, and encounter a blistering description of a workhouse board: “eight or ten fat gentlemen” congratulating themselves on their own negligence. It’s quite another thing to stumble across a shocking dereliction of duty while leafing through workhouse records dating from the late 1920s. In this article, Dr Lisa Hill reports on a crime that no-one bothered to solve. 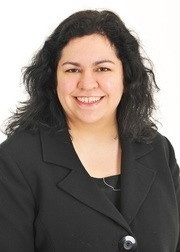 I came across this story while I was searching for the beneficiaries of John Cotton who died childless and intestate in 2013.

John was born in 1929 to Florence Cotton of Ripon. There was no father named on his birth certificate and when I researched the address where John was born, I discovered that it was a workhouse.

The workhouse archive had been deposited at the local record office and the archivist was kind enough to send me copies of all the documents relating to Florence Cotton.

The first time her name appears in the workhouse records is upon her admission in the early 1920s. Here, her birthdate is given as 1900.

Five years later, her name appears again. This time she is described as a ‘certified mental defective’.

The Mental Deficiency Act of 1913 created the category of ‘certified mental defective’ and established a Board of Control for Lunacy and Mental Deficiency. The Act, which remained in force until 1959, placed a legal obligation on local authorities to identify all potentially certifiable ‘mental defectives’ within their area, and made it legally possible to segregate and incarcerate them.

The certification process involved being examined by two doctors, whose assessments were then rubber stamped by a magistrate.

The driving force behind the passing of the Act was the eugenics movement, which sought to limit reproduction by people thought to have inheritable ‘defective’ traits. The key principles of segregation and control meant that those who were certified were either to be closely supervised within the community, or to live and work in specialised, self-contained ‘colonies’ with limited contact with the outside world.

Nevertheless, in 1929, the Wood Report revealed that many, like Florence, were still living within the workhouse system.

It’s important to remember that in the early twentieth century you could be judged ‘mentally defective’ not solely for having a learning disability, but for a host of other reasons, including epilepsy, deafness, suffering from a speech impediment or becoming pregnant outside wedlock while in receipt of poor relief.

Consequently, the term ‘mental defective’ tells us very little about Florence except that she was vulnerable and, as a workhouse inmate, completely reliant on the Board of Guardians for her safety and well-being.

So what do the workhouse documents tell us about her story?

An intruder in the yard

According to the minutes of a meeting of the Board of Guardians, held in early April 1929, “The Medical Officer reported that Florence Cotton a certified Mental Defective… has recently been suspected of being pregnant and in his opinion she was pregnant.”

The minutes go on to fill in some background detail:

“The Master stated that on Christmas Eve, Ann Gale another Mental Defective reported to the Matron that a man with a cap pulled over his eyes was in the Laundry Yard. The Matron and Cook went in search but could find no one there…”.

Faced with the twin facts of Florence’s pregnancy and a male intruder four months earlier, the people responsible for Florence’s welfare swiftly resolved that:

The minutes of another meeting, held a couple of months later, return to the question of Florence Cotton.

“The Clerk reported that the Ministry of Health Inspector had called to see him and they had inspected the Institution and the Inspector was of the opinion that all had been done that could be done and the only suggestion he made was that the door leading into the yard from the washhouse should be kept locked.”

Then, in September, comes the record of John’s birth.

It doesn’t take a detective to unravel the implied link between Florence’s pregnancy and the intruder in the laundry yard – and to see what lies behind it.

I found it shocking to see someone’s personal tragedy written down so coldly, with no hint of compassion or desire to help her.

Florence was disabled, vulnerable and her well-being was the responsibility of the Board of Guardians. But all they do is pat themselves on the back for meeting their duty of care whilst deciding the door should, in future, be locked.

This was by no means an isolated case. It was only in 1955 that the Ministry of Health issued memorandum H.M. (55)46, advising that “when a certified mental defective is found to be pregnant” the police should be informed, reversing the advice in a previous memorandum on the subject.

Within the workhouse system – and the colony system – the sexes were strictly segregated. In this context, an inmate’s pregnancy points to a crime committed either by those in authority or by those who climb over walls. Shouldn’t the police always have been involved?

It’s likely that Florence was kept apart from her son. She was soon moved to a colony where, in the 1939 Register, she is described as ‘incapacitated’.

On a lighter note, I was able to track down John Cotton’s beneficiaries through his mother’s siblings and their claim was admitted. However, this is a case that will stay with me. It’s a reminder of how bleak things could be in the past if you were poor, disabled and a woman.