Unentitled relatives – when is a relative not an heir? 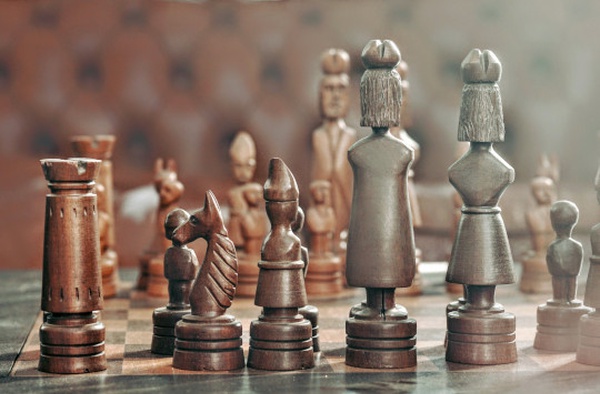 Despite their apparent simplicity, the rules of intestacy allow ample scope for misunderstanding when people approach them with false assumptions. In this article, Rosie Kelly takes a close look at various intestacy scenarios and explains in detail how the rules work.

In a small number of the intestacy cases that Anglia Research deals with, it is clear from the outset who is entitled to inherit. Under section 46 of the Administration of Estates Act 1925, if there is a surviving spouse or civil partner, the entire estate will pass to them, up to the value of £250,000 (on 6 April 2020 the statutory legacy to a spouse increases to £270,000). Where the estate value is in excess of that figure and the deceased had children, the spouse or civil partner will keep the first £250,000, the personal chattels (belongings) of the deceased, and half of the remaining assets. The other half is distributed between the issue of the deceased. Where there is no surviving spouse or civil partner, the estate is simply distributed between the children or their direct descendants.

Matters become more complicated when the deceased has passed away without a valid will and without any surviving spouse, civil partner or descendants. Section 46(1) of the Administration of Estates Act 1925 sets out the order of priority of entitled relatives as:

For step by step guidance on the rules of intestate succession, please see our intestacy rules page. While the rules themselves are reasonably clear and simple, people often approach them with false assumptions.

One misunderstanding that we come across is that all of the relatives on the list inherit, proportionally. However, this is not how the intestacy rules operate. Rather, we proceed down the list in order of entitlement looking for relatives in each category until living family are found.

During this process, if a relative comes forward who has a higher priority on the list than the relatives already located, they will inherit the full estate, subject to the necessary checks. It is important to understand that an individual can fall within one of the categories of prescribed relationships described in the 1925 Act and yet not be entitled to inherit following an intestacy. For example, if the deceased had one niece and 20 cousins, the niece will inherit the whole estate. The existence of the niece means that, in this case, the cousins are not entitled relatives.

In fact, if a spouse or civil partner does not survive the deceased by a full 28 days, he or she is treated as not having survived the deceased.

Often the rules of intestacy can give rise to assets passing in a way that may not have been foreseen by the deceased and which may be at odds with family members’ expectations.

Consider, for example, how the rules play out in the following circumstances. Edward dies intestate. His closest relative is his only brother, William, who dies two months later. Edward’s estate now forms part of William’s estate. In this situation William’s adult children may expect to inherit, being the closest degree of blood relative. However, if William left a will when he died, his estate must be distributed according to his wishes. He may well have left everything to charity, and his appointed executor will be responsible for ensuring that the terms of the will are correctly fulfilled.

Further, if William also died intestate, but was survived by his wife Catherine, then she takes precedence over the children, even if she is a second wife and not their biological mother. It seems unlikely that Edward would have anticipated that the majority of his assets would pass to his sister-in-law Catherine rather than his nieces and nephews, who are blood relatives. However, once the spouse’s statutory legacy has been allocated, the children would still receive a portion each of half of the residue of the estate.

Another misconception many people have about the rules of intestacy is that an unmarried, cohabiting partner will inherit their estate under ‘common law’. This is incorrect as common law partners have no legal entitlement under the Administration of Estates Act 1925, regardless of the duration of the relationship and whether the couple have children together. Nevertheless, subject to specific criteria, there is an option for an unmarried partner to make a claim from the estate under the Inheritance (Provision for Family and Dependants) Act 1975.

It might be assumed that all siblings would be treated equally under the rules of intestacy. However, the 1925 Act prioritises full siblings, who share both parents by blood, above half siblings, who share only one parent by blood. Similarly for aunts and uncles, the legislation prioritises aunts and uncles who are the full sibling of the parents of the deceased over those that are half siblings of the parents of the deceased. Where this is a matter of concern, for example where an individual without living parents, spouse or children is keen to see their assets pass to their brother or sister of different paternity as well as their other siblings, then it is particularly important to make a will.

Step children and other step relatives who have no blood relationship to the deceased are excluded from any right to inherit. Similarly, a step parent has no claim on the estate of their step child. However, subject to certain criteria, it may be possible for step children to make a claim for financial provision from the Estate under the Inheritance (Provision for Family and Dependants) Act 1975. This is now possible even where the step child’s parents were unmarried, so long as they were treated as a child of the deceased.

It is increasingly common for children to be born outside marriage, although historically when this happened it would often have been kept secret. An illegitimate child of the deceased, as a close full blood relative, might reasonably expect to inherit in the case of an intestacy. The Family Law Reform Act 1987 provides that illegitimate children have the same inheritance rights as legitimate children. However, problems can arise in practice. If a deceased father is not named as a parent on the birth certificate, their child will face difficulties in establishing any right through paternity. Other evidence can be employed, but unless incontrovertible DNA results can be obtained a claimant may not succeed in establishing him or herself as a child of the deceased.

Other complications arising from birth certificates

A full birth certificate can often yield surprises, therefore claims by apparent beneficiaries should not proceed without a thorough inspection of all the relevant documents. More often than not it is paternity that causes complications, as in this example:

John Brockman married Vera Dobie. The brief details in the birth indexes would show their children as having the surname Brockman with the mother’s maiden name Dobie. In the ten years after the marriage, three birth registrations are shown in the indexes with the highly unusual Brockman and Dobie pairing. But is it safe to assume that all three – Tom, Dick, and Harry – were the children of that marriage?

There is no other marriage that could yield such entries and the three boys ‘know’ that they are siblings. However, they are only in possession of the cheaper short birth certificates, which do not show the details of their parents.

If Mrs Brockman had a child by a man other than her husband, she would still register the child as Brockman and Dobie, albeit with a blank in the column for father’s details. Let us suppose that Mr Brockman had been absent at sea for over a year when Dick was born, but being a forgiving husband and wanting to keep the family together, he accepted the situation and agreed to conceal the truth. Dick grows up believing that John Brockman was his father, and his siblings believe it too. Only his full birth certificate tells the true story. In this situation, Dick would have no blood relationship to John Brockman. If John died intestate after his wife then under the intestacy rules, Dick would have no legal claim on the estate and the assets would be shared equally between his two half brothers.

As late as the 1950s babies were fostered into families (or even unofficially ‘acquired’) and brought up to believe that their Mum and Dad were their natural parents. They never had sight of their full birth certificate and never questioned their parentage. For this reason, it is crucial to obtain and examine documentary evidence for the whole inheritance chain in order to ascertain whether a relative is in fact entitled.

How many of us have an aunt or uncle who is not in fact a blood relation, but is rather a close family friend who has been unofficially awarded the familiar title ‘auntie’ by virtue of their closeness to one of our parents? So-called aunts and uncles that are actually friends and not family by blood cannot inherit under the rules of intestacy.

Lastly, beware of imposters. Inheritance fraud is not uncommon – see our article in The Gazette on fraudulent wills.

On at least one occasion that we know of, an individual contacted by a genealogist has fraudulently posed as an entitled relative with the same name, and has gone on to successfully claim the estate of the deceased under the rules of intestacy.

It is worth noting that disreputable heir hunters may neglect to properly investigate or check the documentation because they have a vested interest in the funds being released to a person they have located, so that they can obtain their fees from the estate. Many of the companies operating in this field are not subject to external regulation and therefore need not adhere to the same rigorous codes of professional behaviour. We advise thorough checks of all prospective beneficiaries are undertaken by regulated and qualified experts to confirm their entitlement prior to any claim on an estate being made.