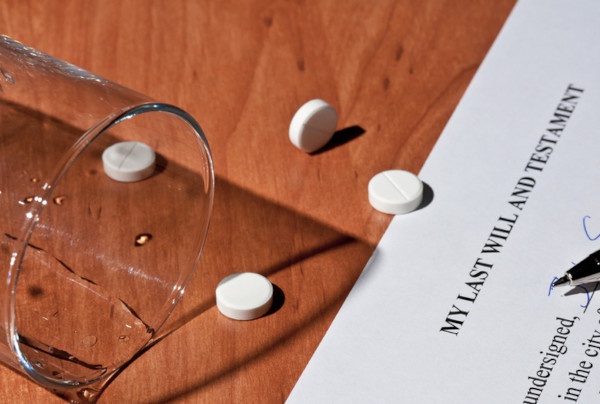 Probate fraud can take many different forms. In some cases executors or administrators ignore directions in a valid will to misappropriate assets. In other cases the will is fraudulently modified by various means. This article discusses these methods and what to look out for. It concludes with brief advice about contesting a fraudulent will.

When somebody has passed away without a will (died intestate) things can be complex. It can be easy to get things wrong and potentially expose yourself to accusations of fraud.

The first thing to ensure is that there really is no valid will, that is to carry out a professional will search. The second is to identify a legally valid personal representative to oversee distribution of the estate.

It’s usually best to get free advice by contacting an intestate estate administration specialist like Wolsey Probate. We set up our Wolsey Probate division as a one-stop-shop for intestate estate administration because our clients often ask for this service. Using a specialist simplifies matters and prevents possible accusations of wrongdoing. You do not have to be a relative or friend of the deceased to seek help or advice.

Telling lies about potential beneficiaries to influence a will is a common form of fraud. Making false and defamatory statements for your own benefit is called ‘fraudulent calumny’.

Fraudulent calumny is part of a wider set of ‘undue influence’ behaviours that make a will invalid. Undue influence means causing somebody to go against their own wishes in their will. However, which behaviours constitute undue influence and which do not is complex. For example, befriending somebody simply in order to become their beneficiary does not. A behaviour might be cynical or unethical but that is not sufficient for it to count as undue influence.

A will made by somebody without mental capacity is invalid in all circumstances. This is regardless of whether there has been influence of any sort.

For more information and for other reasons a will might be invalid please refer to this article.

Amateur will fraud is usually done by somebody close to the deceased. Family, friends and neighbours may be in a position to tamper with a valid existing will. They may also find it easier than a stranger to forge a completely new will. Carers and professionals, being in a position of trust, have similar opportunities.

Perpetrators may have no history of criminality or major anti-social behaviour. Some people convince themselves that their fraud is simply making a will “fairer”. Social embarrassment and lack of firm evidence often mean that their crimes go undetected and uncorrected.

Typically, perpetrators fraudulently become a beneficiary when they would not have been. Sometimes an existing beneficiary might fraudulently increase their share of the estate. To reduce suspicion, a fraudster might cause somebody else to gain, such as their child. Most subtly, a beneficiary might be made to lose out for no reason other than spite. In law, fraud means deliberate deception done to make a gain or to cause loss to another; in all these cases fraud has been committed.

Amateur forgeries are sometimes strikingly inept. One bereaved wife forged a will for her deceased husband and said she had found it in an empty Doritos packet. Among other mistakes in the will she had referred to her husband as “her” instead of “he”. The judge in the case referred to her claims as “ridiculous”.

In another recent case a daughter, whose father’s will left his entire estate to her was disinherited in favour of her siblings when they produced a more recent will. The will had been handwritten on a page torn from a notepad. Not only was it not in her father’s handwriting, according to a handwriting expert, but he had also written a Letter of Wishes making clear why he had not left the siblings money. The judge said this new will was not valid, but stopped short of saying it was a fake.

Amateur will tampering is also usually easy to spot. Probate normally requires original copies of wills, rather than photocopies. This is partly to discourage attempts to use correction fluid or correction tape.

However, most fraud in wills is done carefully and can be hard to detect.

There are many things that might arouse suspicion, including:

The most obvious thing to check is the will itself. Ensure there are no signs of tampering. Use a magnifying glass to look closely at numbers and signatures particularly.

Does the signature on the will match that of previous wills or other instances of the signature? An exact match would be as suspicious as an obvious mismatch. It’s worth remembering that signatures vary a lot, especially as people age.

Check the witnesses. Can they be traced and are they still alive? (If not this does not mean the will is invalid). Anglia Research can usually help you find lost witnesses, whether or not they are still living.

Contact witnesses if you can, to check out that they really did sign the will. Do background checks on them, using the internet for example. Is it plausible that the deceased knew them well enough to ask them to be impartial witnesses to the will?

Was the will produced with the help of solicitors or legal executives? If so do they hold a version of the will that matches?

Check the deceased’s bank records for the last year or two for discrepancies:

If you think you have reasonable grounds to suspect fraud contact the police. Don’t forget to get an incident number from them and keep it safe.

Beneficiaries are a favourite target of confidence tricksters. They may impersonate lawyers, executors or even HM Revenue & Customs officers. In these cases beneficiaries are usually asked for payments towards taxes or fees to release their inheritances.

Other confidence tricks involve false debts. Typically, the fraudster contacts an executor or administrator posing as a business that is owed money for goods or services bought by the deceased. The duped executor then settles the debt from the estate.

The great majority of approaches from professional fraudsters are made by email or phone. This is quick and easy for them, so they do not need to have a high success rate for it to be worth their while.

Some organised criminals make a living by forging various official documents, including wills. Anglia Research helped expose such a “white collar criminal” some years ago. The fraudster had set up as an heir hunter, which is why we became involved.

In this case the swindler made fake wills for sailors who had died intestate leaving high value estates. The wills looked real because they emulated the will forms that had been used by the Navy. He even uses antique typewriters for extra authenticity.

The wills that the fraudster made disinherited relatives and left everything to various charities. He claimed to have discovered these “lost” wills” and approached the charities. He was then able to charge them a hefty percentage fee from the estate as a finders fee.

We came across the fraud when we located relatives entitled to such an estate. They were unable to secure their inheritances because of the will, so this had to be proved fake. A handwriting expert compared the will with the alleged testator’s signing up form for the Navy. They did not match. The age of the paper upon which the will was written didn’t either.

This meant that the will could be declared a forgery legally. The relatives we had found were then able to inherit, following the rules of intestacy laid down by law. The criminal was not prosecuted in this case because of his advanced age.

Contesting a fraudulent will

Proving undue influence, forgery or other will fraud in court is well known to be difficult. Gathering and presenting sufficient evidence is very challenging in itself. On top of this, the law in this area is complex. There are confusing burden of proof issues, which need careful navigation, for example.

If you need to contest a will it is best to use a ‘contentious probate’ solicitor. General probate solicitors are unlikely to be able to do as good a job as these specialists.