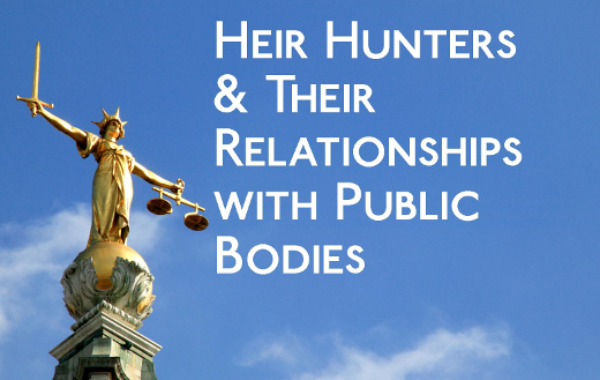 In May 2018 Anglia Research took the step of sending every council in England and Wales a copy of their draft consultation report, highlighting the problems that arise when local authorities form exclusive relationships with heir hunters. Now the report is being opened up to a wider readership. Carolyn Lord explains why. 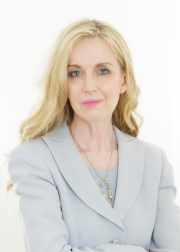 Carolyn Lord is commercial and compliance director of Anglia Research and has been a solicitor for over 25 years.

It’s difficult to talk about a worrying development within an industry when you yourself work for a company that has ‘skin in the game’. And it’s inevitable that some people will question my motivation.

My response is to point out that as one of the larger probate genealogy firms, Anglia Research stands to gain as much as anyone from forming exclusive relationships with local authorities.

That we have chosen not to reflects our view that in the long term our reputation is worth a great deal more than a quick buck. Misguided practices can arise in any industry, and it’s surely better to point out the inevitable repercussions, rather than join in.

Besides, while it’s true that more and more councils are developing exclusive relationships with heir hunters, this is a trend that can’t last forever.

Given the risks involved, sooner or later councils will learn the hard way, facing too many furious beneficiaries in too many reputation-damaging battles.

We began to gather information about local authorities’ use of heir hunters in 2016 and when we first analysed the data that November we found that 23% of councils used heir hunters.

Now, in September 2018, our most recent figures suggest that over 45% of local authorities have a relationship with one or more heir hunters to whom officers pass information, usually to trace relatives of people who have died intestate or owners of long term empty properties.

That’s a marked upward trend, and from a consumer protection perspective it’s alarming. When heir hunters are granted exclusive access to the details of an intestacy, they are free to raise the percentage fee that they charge beneficiaries, safe in the knowledge that no other firm will undercut them.

It’s a truism that competition drives down prices, and that cuts both ways. Heir hunters with exclusive access to intestacy details generally charge beneficiaries between 10% and 15% more than they would have been able to charge in the open market. That’s £30,000 additional income from an estate worth £200,000 (not counting VAT). And sometimes research firms charge much more. Meanwhile, relatives are unaware that they are missing out on consumer choice because they hear from no other researcher.

But when local authorities provide heir hunters with exclusive leads, they don’t just encourage excessive fees, they also risk compromising the quality of research. We have uncovered numerous examples of incomplete research and erroneous claims – although the only way we find out about them is if we stumble upon them by chance or disgruntled relatives seek out our help.

Imagine that an intestacy worth many thousands of pounds is passed exclusively to an heir hunter who then locates two beneficiaries. Who checks that these are the correct – or sole – beneficiaries? Not the Government Legal Department’s Bona Vacantia Division (because any case passed exclusively to an heir hunter bypasses the Government’s recommended referral procedure); not the solicitor who applies for the grant that allows the estate to be distributed (being qualified in the law does not qualify you as a genealogist); not the staff at the Probate Registry that issues the grant (they’re not genealogists); not the local authority that releases the funds (again, they’re not genealogists) and not any commercial rivals – if other probate genealogists don’t know about the intestacy how can they check the research?

In fact, there’s no need to imagine such a scenario because you can read a real-life case study here. Leads that are passed to an heir hunter on an exclusive basis are effectively shrouded in secrecy. It should be obvious that this shields incompetent researchers from exposure, opening a gateway to erroneous, if not fraudulent, claims.

Why is this happening?

There are many factors driving the rise in the use of heir hunters on an exclusive basis. For example, we discovered that some heir hunters go to enormous lengths to forge relationships with local authorities, employing field agents on commission to make contact with public officers, and misrepresenting the Government Legal Department’s Bona Vacantia referral process as “a pointless exercise” and “time consuming and laborious”.

However, we can’t lay the whole blame on the marketing machinations of heir hunters. There’s another important factor at work.

The Bona Vacantia Division (BVD) will not accept a referral when an estate is worth less than £500, or when a relative is known to exist, even though they can’t be found. This means that local authorities have no choice but to turn to research firms to solve low-value cases or locate known, but missing, beneficiaries to larger estates.

Bear in mind also that, philanthropic posturing aside, heir hunting firms are not charities. They won’t take on low- or no-value cases unless they get something in return.

The more closely we looked at this, the clearer it became: when they form relationships with heir hunters, local authorities often seem to find themselves in a situation where they feel forced to maintain exclusivity whatever the cost, bypassing BVD even though the case fits BVD criteria, and using Freedom of Information Act exemptions to avoid disclosing information about intestacies that they have already supplied to an individual heir hunter.

Given that many authorities who are not in exclusive relationships release similar information, it seems likely that the real reason for non-disclosure is to protect the commercial interests of the council’s preferred heir hunter and honour the de facto contract between the two.

It’s easy to see how all this comes about. Local authorities have been persuaded that the only way to resolve the problems caused by low-value intestacies is to enter a quid pro quo relationship, whereby in exchange for the heir hunter’s ‘good will’ in solving unprofitable cases they must safeguard the heir hunter’s business interests by ring-fencing the pool of local cases for that firm’s exclusive use.

This is the nub of the problem. This is why more and more councils are entering such a risky arena, fostering local heir hunter monopolies in which competition and oversight are entirely absent.

Are cab ranks a solution?

Some councils – with the best intentions – operate what they call a ’cab rank’ system in an effort to maintain competition. This highlights how people misunderstand the idea of exclusivity, and fail to track back to whose purpose it serves.

To be clear: it makes no difference whether a local authority forms an exclusive relationship with a single heir hunter or operates a cab rank of several heir hunters, using them one by one in rotation. Of course cab ranks make sense for heir hunters fighting for a piece of the pie, but they don’t protect the beneficiary whose particular case has been monopolized by a single firm in the cab rank, working on an exclusive lead.

Whether we’re talking total exclusivity or cab rank, these models were created by heir hunters for heir hunters: councils bear all the risks, and relatives pay the price as any possibility of consumer protection is thrown to the winds.

As soon as we drilled down to the chief factors driving this trend, we were able to suggest a solution, designed to meet the needs of local authority officers. Our panel of three proposal is free, simple, practical and ensures every case is dealt with, whatever its value, while maintaining competition and oversight. It’s not a cab rank: it works simultaneously in rotation and in parallel.

Of course it cannot match the effectiveness of a Bona Vacantia referral, which will result in the widest possible dissemination of the case details, the maximum competition and the most speedy and accurate resolution. Nevertheless, when a case cannot be referred to BVD, it’s a safe option.

According to the Empty Homes Network “it is hard to see the downside for public authorities and beneficiaries” in the solution we suggest.

I mentioned earlier that Anglia Research has skin in this game. As a section of our potential market began to be syphoned off from the BVD’s unclaimed estates list into local monopolies, we decided that rather than join the dogfight we would investigate the forces driving this trend. We hope we have arrived at a solution that restores the competition and transparency that keeps any industry honest and civilised.

Of course there may be other, equally compelling solutions – which is why we have published our report in draft form, hoping for feedback and discussion. At the very least we hope to start a conversation about a little known and growing problem within the probate research industry.